Richmond was popular and gregarious, and well-connected within both the English and French aristocracy. Like the Duke of Montagu he was also attracted to science and a member of several learned societies, including the Royal Society, where he was especially close to Martin Folkes, later its President. Richmond appointed Folkes as his Deputy and Francis Sorrel and George Payne as his Grand Wardens. His patronage of Payne, also his deputy at the Horn, lasted throughout the latter’s life:
I have always recommended one Mr George Payne, an old acquaintance of mine in Westminster, for whom as yet I have always succeeded.

Richmond’s father, the youngest of Charles II’s seven illegitimate sons, had been honoured with a dukedom and Richmond was born at the family’s Goodwood estate and succeeded to the title in 1723. As with Montagu, a close friend, he was ‘bred up from a child in the Whig principles’. Richmond dominated politics in Sussex with the county returning government supporters to the House of Commons throughout his life. He was rewarded accordingly: appointed Aide-de-Camp to George I in 1724 and reappointed to the same role by George II; installed a Knight of the Bath in 1725 and a Knight of the Garter in 1726; and granted numerous sinecures including Lord High Constable of England and Lord of the Bedchamber (both 1727). Richmond was raised to the Privy Council in 1735 and promoted Brigadier General in 1739, Major General in 1742, and Lieutenant General in 1745. He was made full General later the same year; he had been made a Lord Justice of the Realm in 1740.

Richmond’s influence in France and the Low Countries were significant factors in the government’s use of Freemasonry as a diplomatic tool and in promoting its Enlightenment tenets. Richmond’s support of government policy was assisted considerably by his French dukedom, Aubigny, inherited on the death of his grandmother in 1734. The duke travelled to France the following year to claim his inheritance and, accompanied by Desaguliers, established a Masonic lodge, No. 133, at his Aubigny estate. It remained on the Grand Register until 1768. 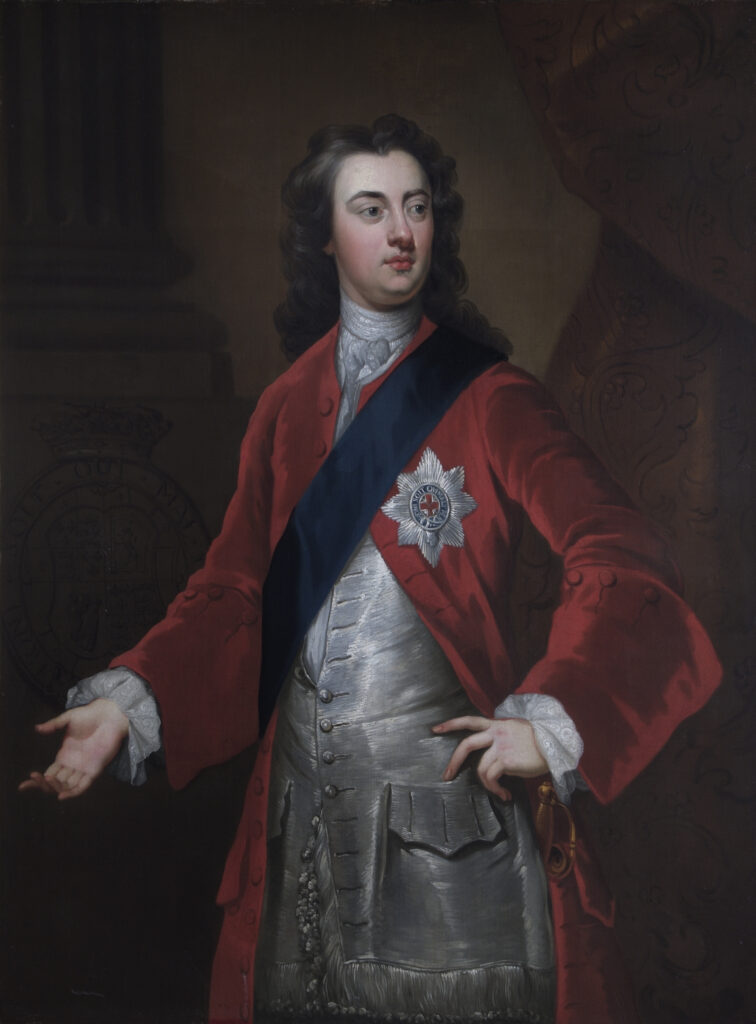 Although Freemasonry in France has been associated with Jacobitism, many French Freemasons were Anglophiles who favoured the natural liberties and philosophical concepts associated with constitutional government, English culture, and the rationalism of Newtonian science. At least three Parisian lodges – Louis d’Argent, Villeroy-Coustos, and Bussy-Aumont – used anglicized Masonic ritual and enjoyed scientific and other lectures similar to those given in English lodges. With the election of members and officers and by-laws based on majority vote, a radical concept in France, such lodges set a modest challenge to the monarch-centred institutions that characterised Louis XV’s reign.

Richmond’s engagement with Freemasonry in France and in the Netherlands was both social and political, and was given impetus by his relationship with the Duke of Newcastle, Secretary of State for the Southern Department, and with Charles Delafaye, the government’s anti-Jacobite spymaster, a member of Richmond’s Horn Tavern lodge. It became customary for Richmond to travel to France each autumn and in September 1735 the St James’s Evening Post reported that a second lodge had been established at the Hotel Bussy in Paris where

His Grace the Duke of Richmond and the Rev Dr Desaguliers… authorised by the present Grand Master… having called a lodge… his Excellency the Earl of Waldegrave, his Majesty’s Ambassador to the French King, the Right Hon. the President Montesquieu, the Marquis de Lomaria, Lord Dursley, son of the Earl of Berkley… and several other persons, both French and English, were present; and the following noblemen and gentlemen were admitted to the Order: namely, His Grace the Duke of Kingston, the Hon. Count de St. Florentin, Secretary of State to his most Christian Majesty; the Right Hon. The Lord Chewton, son to the Earl of Waldegrave; Mr Pelham, Mr Armiger, Mr Colton and Mr Clement… After which, the new Brethren gave a handsome Entertainment to all the Company.

Richmond was popular and clubbable and held in high regard by his contemporaries. Lord Hervey, a friend, considered that ‘there never lived a man of more amiable composition… thoroughly noble in his way of acting, talking and thinking’, and Henry Fielding described him as ‘excellent’ and as ‘one of the worthiest of Magistrates, as well as the best of men’.

Richmond’s life and celebrity was the subject of public interest with some 600 press articles in the decade after he inherited the dukedom. And although he ranked below Montagu in terms of wealth, he was nonetheless a prominent aristocrat and a politically-valuable politician. Unlike the majority of noble Grand Masters who were simple figureheads, Richmond’s commitment to Freemasonry was profound. This was articulated not only in the frequency of his attendance at Grand Lodge and at his lodges in London, Sussex and France, but in his assiduity in inviting those from his social circles to join the Craft, something recorded by the press through to the late 1730s.

Tangentially, academic discussions have taken place in recent years as to whether the first Grand Lodge should be dated to 1717 or 1721, when Montagu was installed as Grand Master. A letter from Richmond referring to his predecessor Grand Masters offers the clearest evidence that the correct date is 1717.