John Pine (1690–1756), was born in London and studied engraving under Bernard Picart in Amsterdam. He returned to London in around 1719 and worked both as an engraver and as a publisher, printer and retailer of maps and books. He was appointed Bluemantle Pursuivant at the College of Arms and later principal engraver to the Signet and Stamp Office. His work for Grand Lodge included the Frontispiece to the Constitutions and successive Registers of Lodges, as well as etching and printing the reports of the Charity Committee – for which he waived his fees – and the Minutes of the Quarterly Communications. 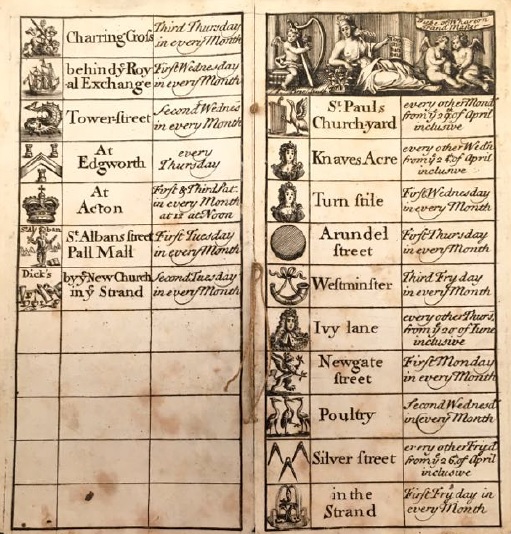 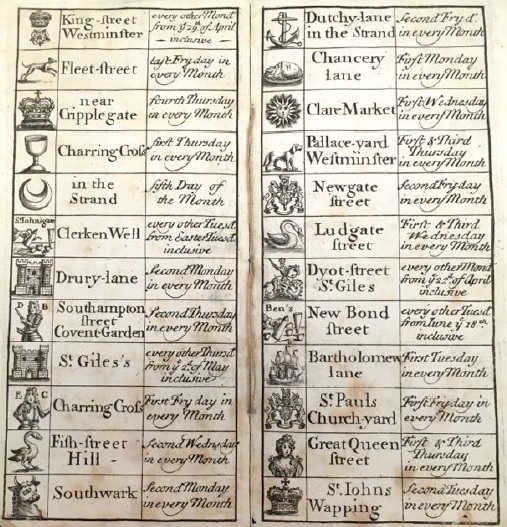 Pine’s social circle included William Hogarth, another prominent freemason, and with Hogarth Pine served as a governor of Thomas Coram’s Foundling Hospital and an advocate for copyright protection, lobbying that found success in the Copyright Act of 1735.

Hogarth’s portrait of Pine is in the style of Rembrandt but Hogarth also drew him as the overweight friar in The Gate of Calais (1749), a depiction that endowed him with the nickname ‘Friar Pine’. 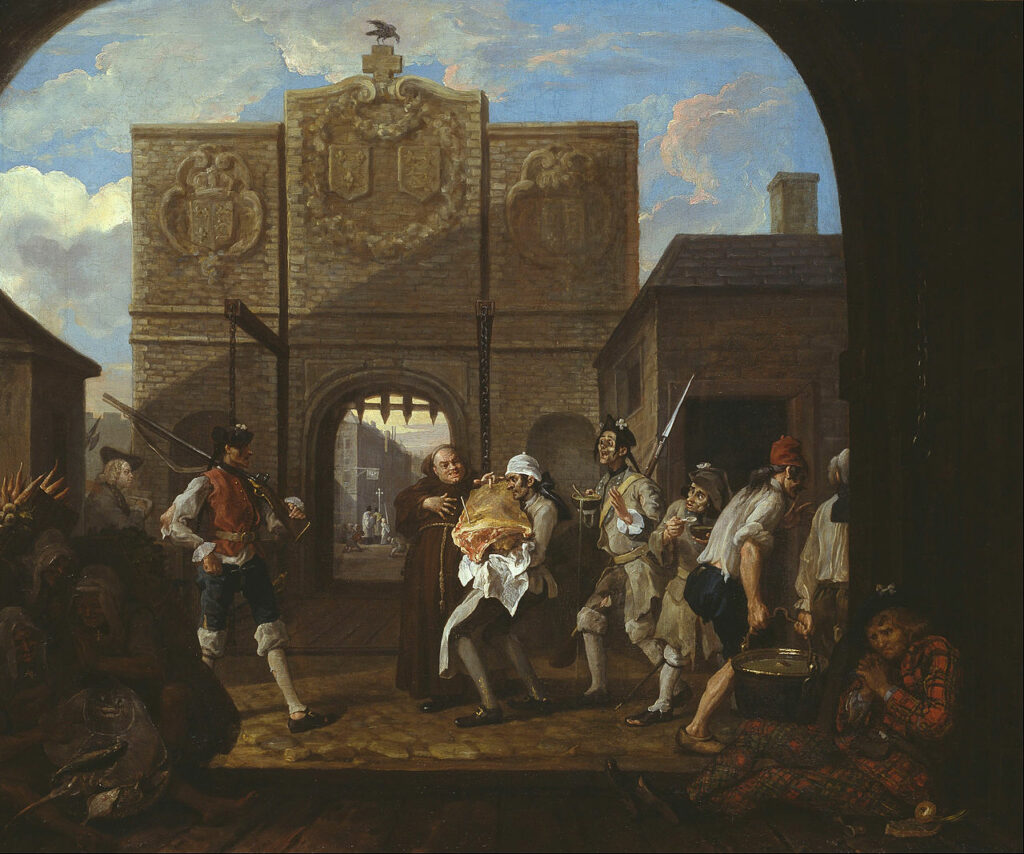