In 1721 John Montagu, 2nd Duke of Montagu (1690-1749), accepted the position of Grand Master of the Grand Lodge of England. He was the first nobleman to do so. Montagu was seen as – and was – an inspired choice and it was a testament to his prestige and reputation that a significant number of other aristocrats followed his example. Montagu’s installation marked a turning point in Freemasonry’s public profile and underpinned its ability to attract a broad aspirational membership. It also cemented Grand Lodge’s authority over the growing number of Masonic lodges in London and provincial England. 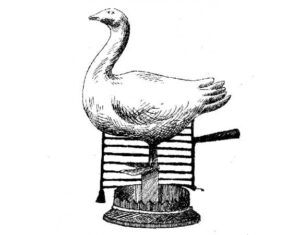 Before 1721 the annual Masonic grand feast had taken place in taverns. But with Montagu at the head of the Order, the installation and grand feast was moved from the Goose & Gridiron to Stationers’ Hall to accommodate the several hundred who wished to attend. The 1723 Constitutions recorded the occasion, with James Anderson noting that

Noblemen and  Gentlemen of the best rank, with Clergymen and learned scholars of most professions and denominations, [have] joined and submitted to take the charges and to wear the badges of a Free and Accepted Mason, under our present worthy Grand Master, the most noble Prince, John, Duke of Montagu.

This was the crux. Montagu’s leadership demonstrated that Freemasonry was socially attractive and intellectually and politically acceptable, and that it could be fun. The combination encouraged those of ‘the best rank’ and ‘learned scholars’ to join, and many hundreds and then thousands followed. Reports of Montagu’s installation were published nationally and internationally, with the press noting the ‘Noblemen and Gentlemen’ in attendance.

Montagu was intelligent, wealthy, and exceptionally well-connected, the only surviving son of Ralph Montagu and Elizabeth Wriothesley, daughter of the 4th Earl of Southampton, a former Lord High Treasurer. Montagu’s father had been England’s Ambassador to France where he witnessed the persecution of French Protestants – Huguenots – at first hand. He was described as ‘a great supporter of the French and other Protestants [driven] to England by the tyranny of their princes, [and] an admirer of learning and learned men’.

John Montagu held similar views and been surrounded by Huguenot friends and family at Broughton Hall, the family home. His maternal grandmother, Rachel de Massue, was a Huguenot aristocrat, and the Marquis of Ruvigny, later Earl of Galway, one of William III’s leading military commanders, a second cousin. Montagu also shared his father’s interest in the sciences, becoming a Fellow of the Royal Society and of the Royal College of Physicians.

Montagu was an ideal figurehead for freemasonry and his social prominence, Court connections, and military standing acted as beacons to attract others from his circles. His activities featured regularly in the metropolitan and provincial press with some 300 news items published between 1721 and 1735 alone. They include reports of his loyal address to George I as Lord Lieutenant of Northamptonshire; his role as chief mourner at the funeral of his father-in-law, the Duke of Marlborough, an iconic figure; and his eldest daughter’s wedding to William, 2nd Duke of Manchester. But even an excursion along the River Thames in a flat-bottom boat was considered worthy of reporting, as was the loss of a pet dog and the reward posted for its return.

Montagu was one of the wealthiest men in England with a reputed annual income of some £20,000 from property rents alone. The dowry he gave his youngest daughter, Mary, on her marriage to Lord Brudenel was reported to be £25,000 and an equally powerful indicator of his affluence was his ability to finance the colonisation of St Lucia and St Vincent in the West Indies, territories granted to him by the Crown in January 1722. 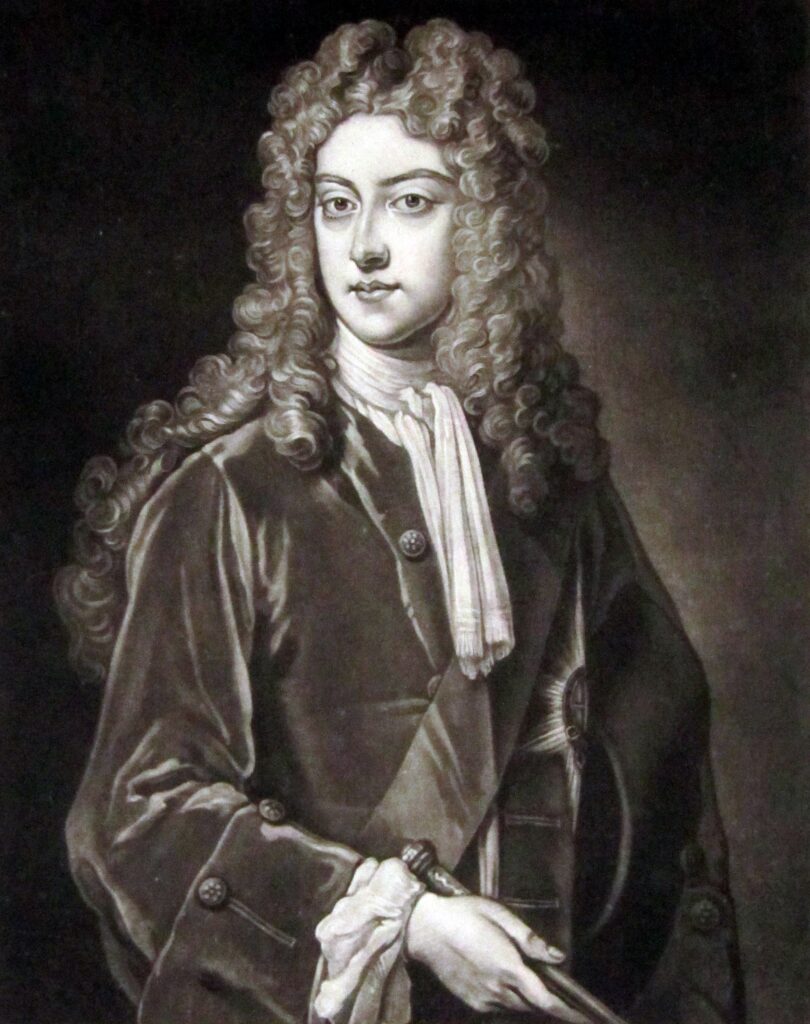 Montagu maintained a close association with the royal family throughout his life. He succeeded his father as Master of the Great Wardrobe, a sinecure that paid over £3,000 a year; officiated as Lord High Constable at George I’s 1714 coronation; and carried the sceptre at George II’s coronation in 1727. An avidly pro-Hanoverian Whig, Montagu’s loyalty was rewarded with his installation as a Knight of the Garter in 1718, then as now England’s highest order of chivalry, and in 1725 was made Grand Master of the Order of the Bath. He was raised to the Privy Council in 1736.

Montagu sought military positions that were not merely honorific or a consequence of his position as the Duke of Marlborough’s son-in-law. He lobbied to be appointed to active posts and raised and financed his own regiments of Horse and Foot. He was later Captain and Colonel of His Majesty’s Own Troop of Horse Guards, the 1st Life Guards, the army’s premier cavalry regiment, and was promoted Major General in 1735, Lieutenant General in 1739, and in 1740 appointed Master-General of the Ordnance with responsibility for the artillery.

At the end of his term in office as Grand Master of the Grand Lodge of England, The London Journal (30 June 1722) commented that membership of the Society had risen to some 4,000, an astonishing achievement if accurate and a testament to the impact Montagu had made in just a year.